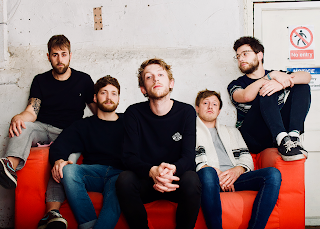 JSA are back with an EP.

JSA are a five-piece alt-rock band from Croydon. They originally formed back in the late 00's, but the band went on hiatus after a few EP's. However, the band is now back together and they're releasing their new EP on the 14th, which is this week. And I'm coming to you early with a review of the new EP 'Ghosts'.

The EP was mixed and mastered by Alan Smith. 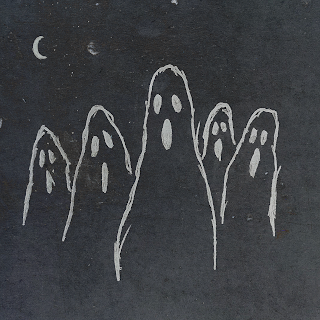 The EP is 5 tracks long, and the first track is Everything. It's a pretty solid track, not my favourite on the EP but it's still good. It's definitely a good opener. The lyrics are beautiful and both the vocals and instrumentals compliment that.

The second track is Factory, and honestly, I love the intro to this track. It's a little more laid back than Everything, and in a way, this one gives me a sort of Busted vibe. The lyrics are great though, it almost sounds a bit like Mayday Parade in a way, which I wouldn't complain about because I love Mayday to bits. The song does pick up a bit further on in the track and it's pretty great.

Then we transition into Untitled which is mainly instrumental with the vocals virtually muted, but it's quite a good filler song. I don't have a problem with filler tracks if they're decent and this one actually is.

The last track is the title track Ghosts, and I think this is my favourite off the entire EP. It's again stripped back at the start, but it picks up. It's very much a classic 00s alt song, and the entire EP carries the same vibes, but it's good. It stands out from other bands and a lot of the other music on the scene.

I would 100% recommend you check it out, because you could really enjoy it. The EP comes out on Thursday, so make sure to keep a note of that and check it on when it's released. Overall I'll give it a 4 out of 5 lemons.

Where to find JSA:

Music I Used To Like That I Now Think is Overplayed

October 23, 2019
I was given this idea by my friend Amy, and I'm here for it because there's a lot of bands and songs I used to love or still do but I think is slightly overplayed.

There is no tea or shade here, I simply just think it's overplayed.

- As It Is. I'm sorry, I love As It Is but when they released their last album I felt like it was so overplayed and overhyped.

- Waterparks, again I love Parxs and their new album is good, but I personally don't get how hyped they are like they're good but there's better bands in my opinon.

- With Confidence, again, I used to like them then all the controversy happened so I was like no I won't stan anymore, but people still really hype them and I don't get it.

- Moose Blood, very controversial band aren't they, but I see so many people hyping them and stuff and I'm like, wow no. Let's not, not technically overplayed, but they're definitely overhyped